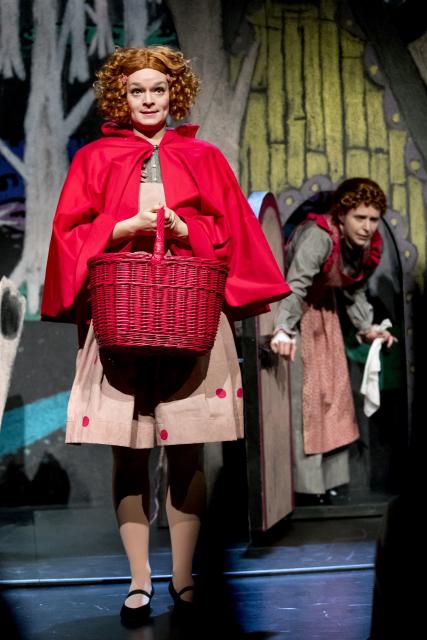 The story of Little Red Riding Hood is one of our most well-known. Both adults and children know the story about the girl who walk through the deep forest to deliver food for her grandmother, being tricked by a wolf, being eaten and finally rescued by a hunter.

In Emelie’s version, however, Little Red Riding Hood become a new kind of fairy tale, about anger and wanting to go her own way rather than dragging a basket to grandma. Little Red Riding Hood, whose revolt even frightens the wolf himself. Somthing that started as a game completely gets out of control. Will it be possible to adjust?

Beware of Little Red Riding Hood is a twisted show with both fairytale shimmer, humor and a little horror. It’s about the fear of the unknown, about goodness and evil and about becoming good and starting to take responsibility for your own actions.

Photographs from the play by Kicki Nilsson / ICON Photography 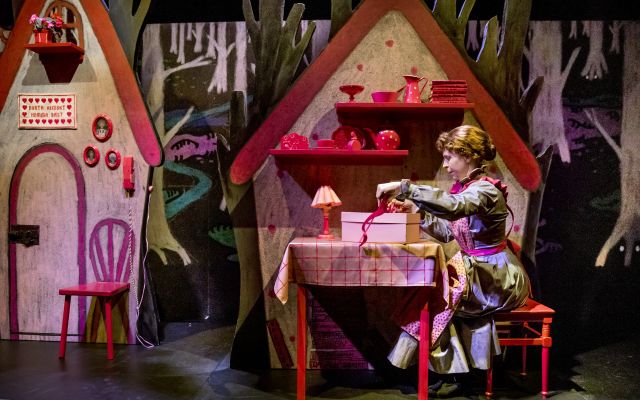 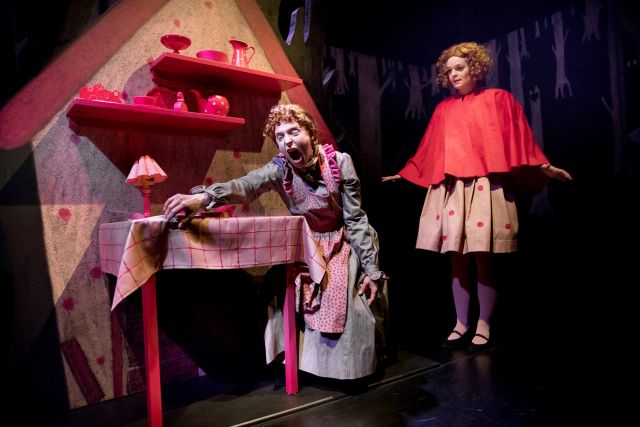 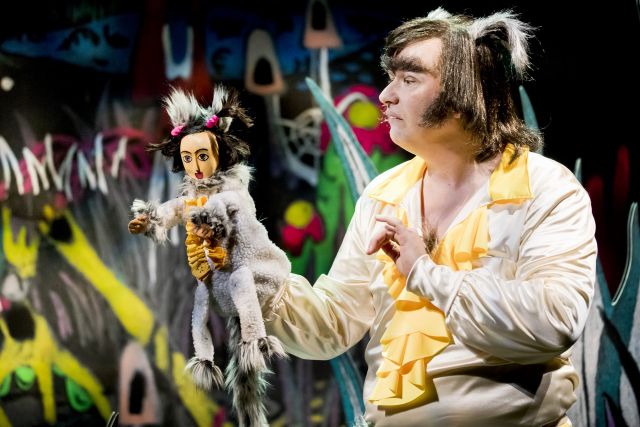 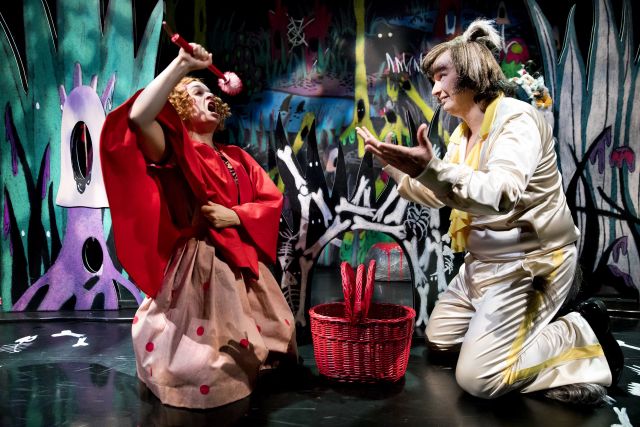 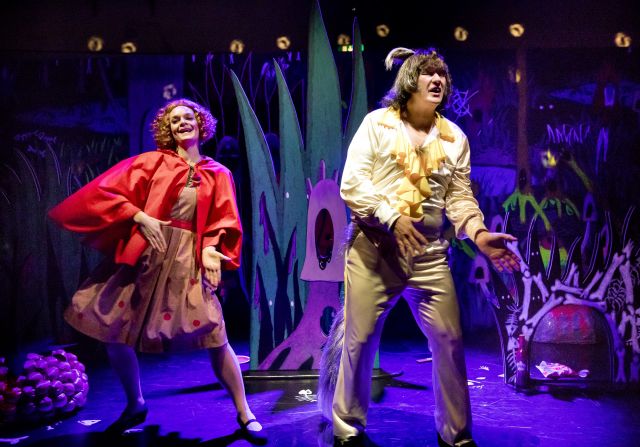 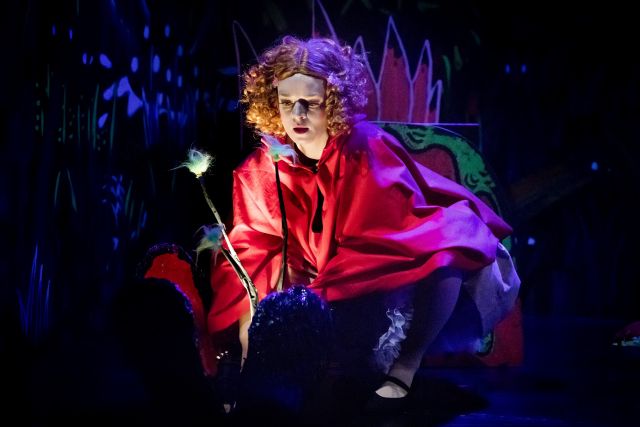 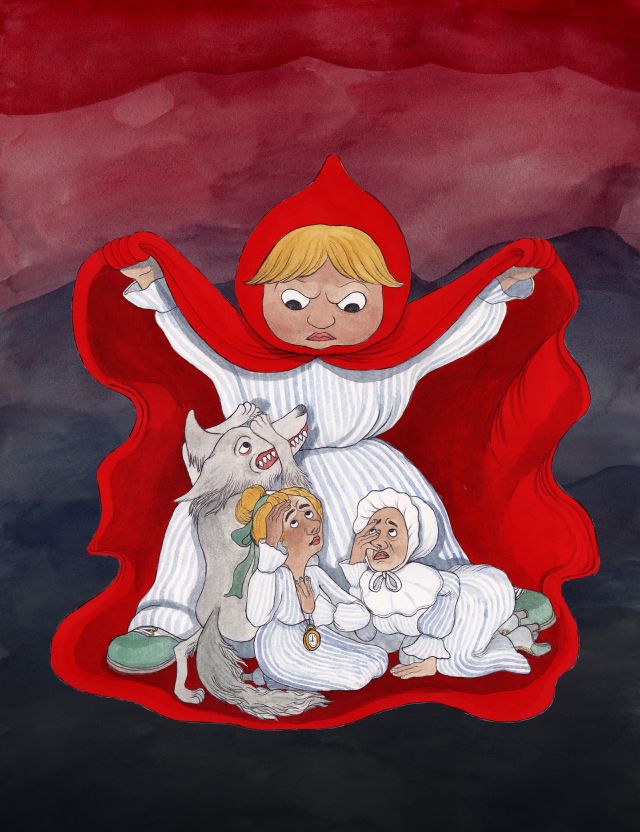