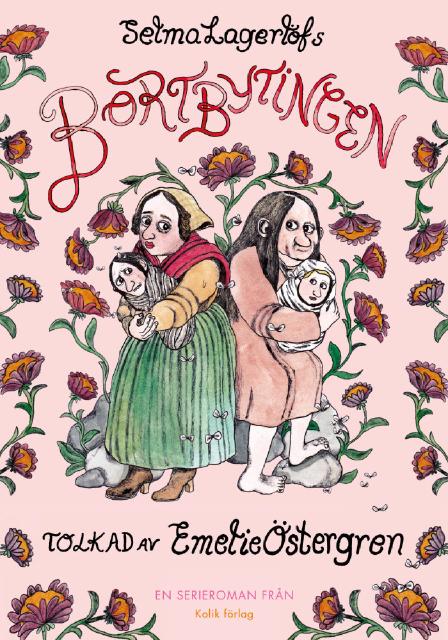 In the forest, the female troll kidnaps a child and leaves her own. The human mother loves and protects the trollchild, despite its “brush to hair and claw on the small fingers”. The love given to this trollchild saves the humanchild who receives the same treatment in the forest. Lagerlöf’s drama is close to 100 years old but is still as current. Who are worthy of care and protection in today’s sociaty?

Nobel laureate Selma Lagerlöf’s short story Bortbytingen was first published in 1915 in the short story collection Troll och Människor. The short story was written during the burning First World War as a critique of how people were treated. A long time has passed but the questions are constantly relevant and have been ever since. Equal parts beautiful and scary, this short story is interpreted into an entire graphic novel by Emelie Östergren. 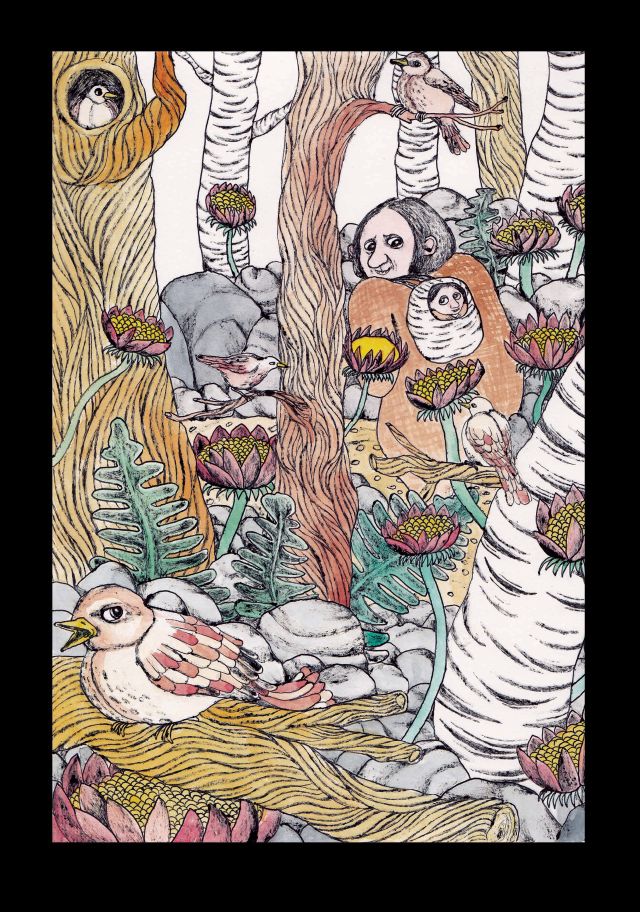 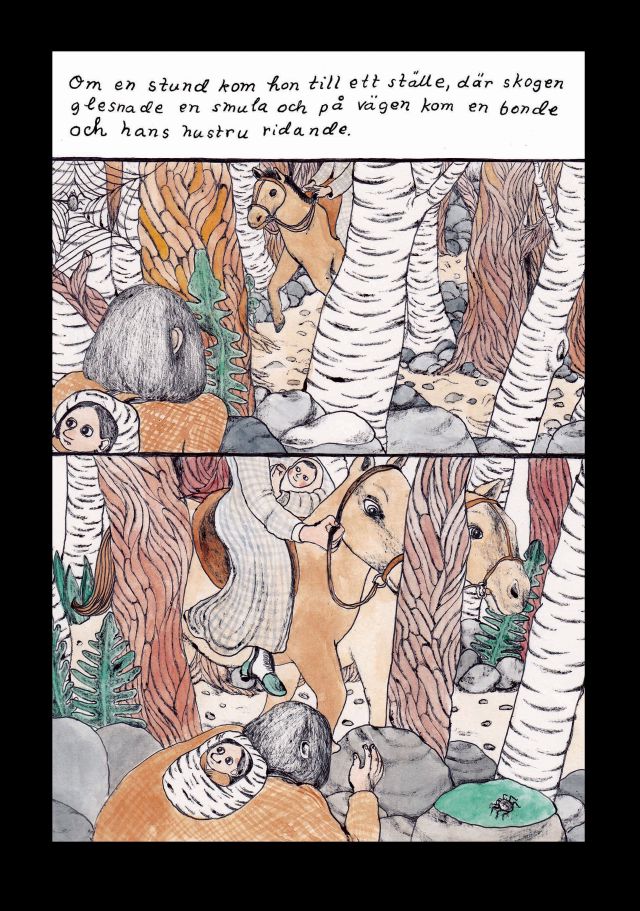 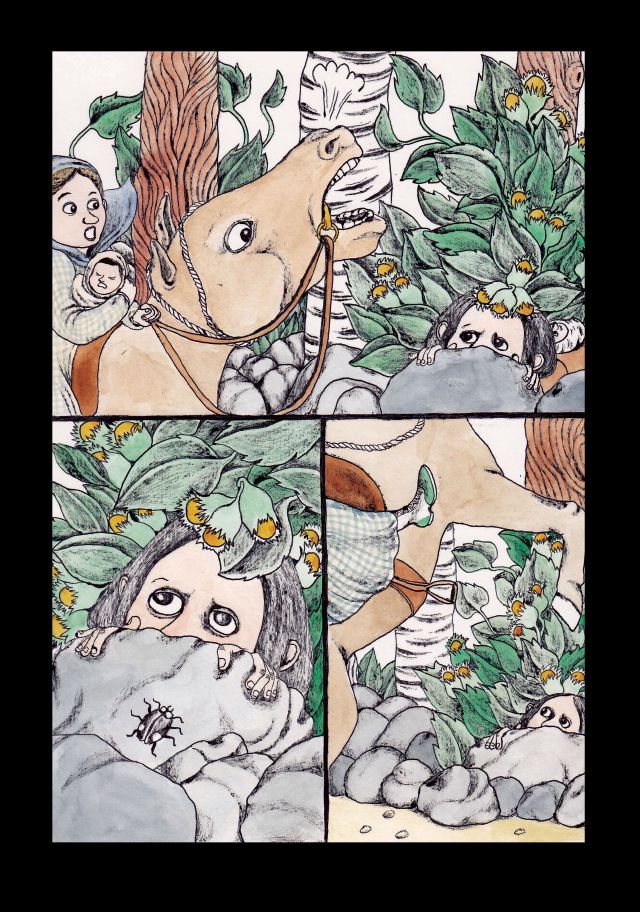 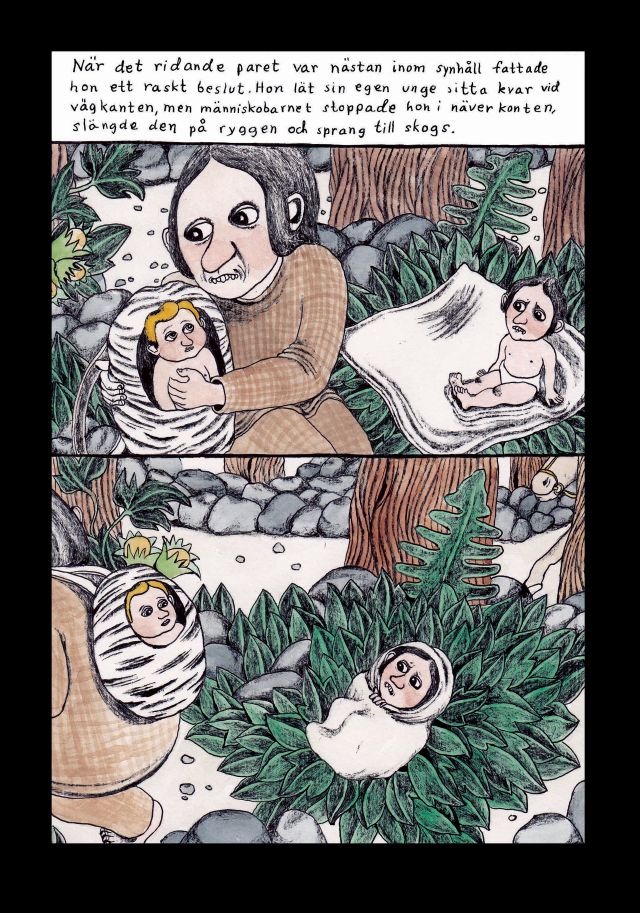